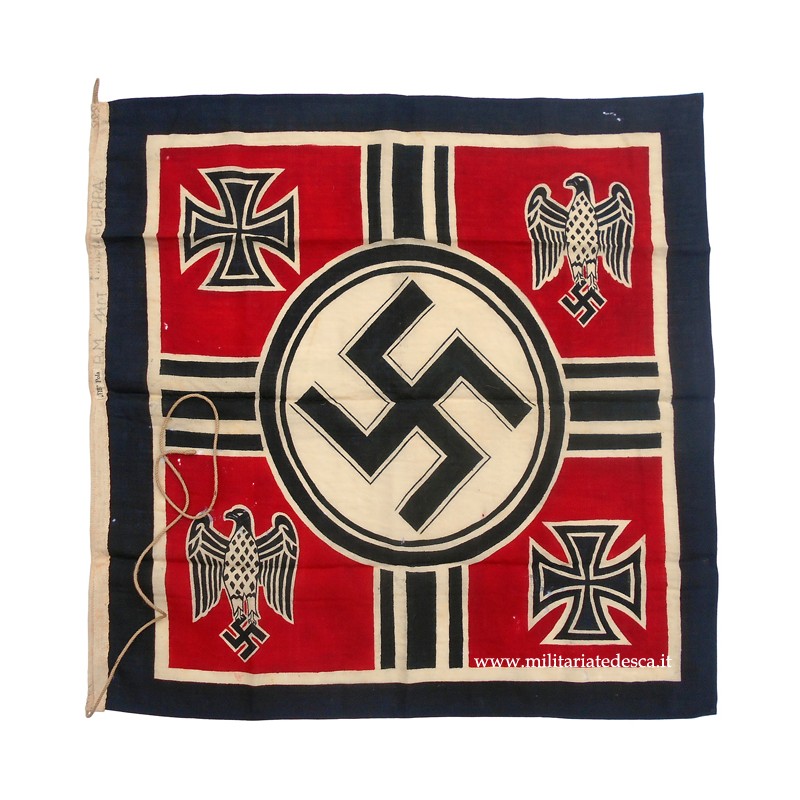 It is absolutely interesting to note that on the hoist there are the stamps of the Italian "Ministry of War" (MINIST. GUERRA – that stands for "Ministero della Guerra") and, still factory machine sewn, the original label of the manufacturer "FIB Pola", or "Fabbrica Italiana Bandiere" (Italian Flag Factory) of the city of Pola.

This was a well-known WWII manufacturer who also produced flags for the fascist regime and its armed forces. The presence of the "FIB" label and the Italian Ministry of War stamp, is because in 1938 Field Marshal von Blomberg was in Italy for his honeymoon, exactly when Göring, who had been his wedding best man along with Hitler, induced him to resign due to a dossier involving his wife in prostitution. Later it was discovered that it had been a plot organized by the SS to make the Fieldmarshal von Blomberg disappear from the scene. From that moment Hitler himself became the supreme commander of the Wehrmacht and therefore this flag was also replaced with his personal one, the Führerstandart.

This is indeed a flag of incredible historical value, of which fewer than a handful survived the war and are known.