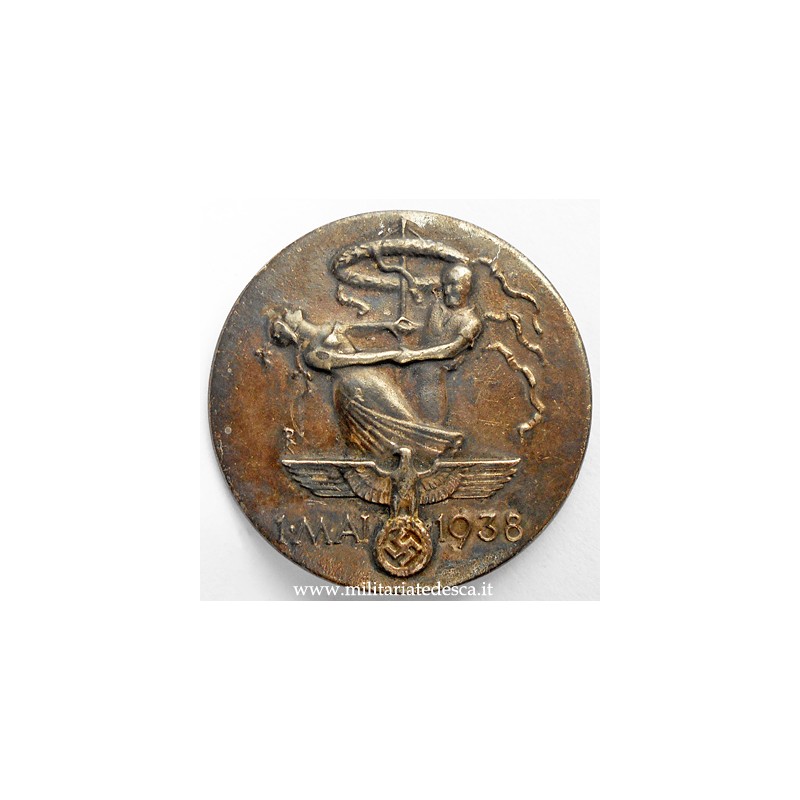 Well preserved pin issued for the Nuremberg Party Days of September 2-11, 1939 which was not carried out: it was the so called "Reichsparteitag des Friedens", or "Peace Meeting". The theme of peace should have represented the German will to peacefully pursue its expansion policy. In spite of the supposed will for peace on September 1, 1939, Germany invaded Poland, starting the Second World War, and the rally was canceled.

On the back side of the pin there is the raised name of the well-known manufacturer Carl Wild from the city of Hamburg.
A nice historically significant tinnie.