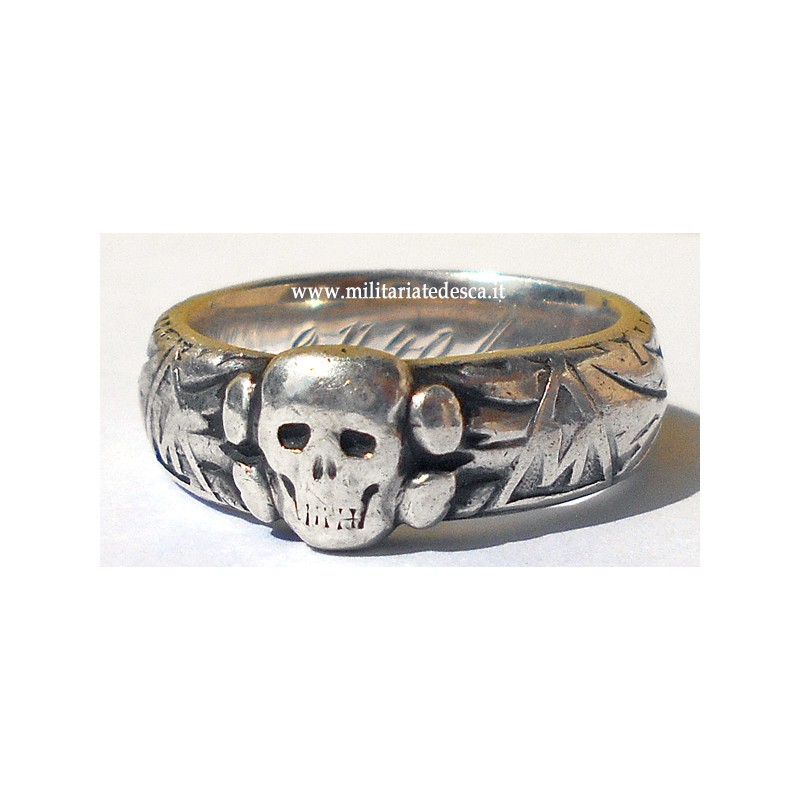 This ring belonged to a SS officer named Grohmann.

The ring comes along with hundreds of scanned original documents of Grohmann from the SS archive.

Grohmann service in SS was troubled, and he also served in the most infamous Waffen-SS Division, the "Dilewanger", where he was an officer. Found nowdays items or documnts belonged to soldiers of the Dirlwanger Sonderkommando (and then Division) it is somenthing excessively rare. This is indeed an absolutely important historical object.

This ring will be published in the upcoming (2022) new book of Antonio Scapini about the SS Honor Rings.

Payment via bank transfer only.