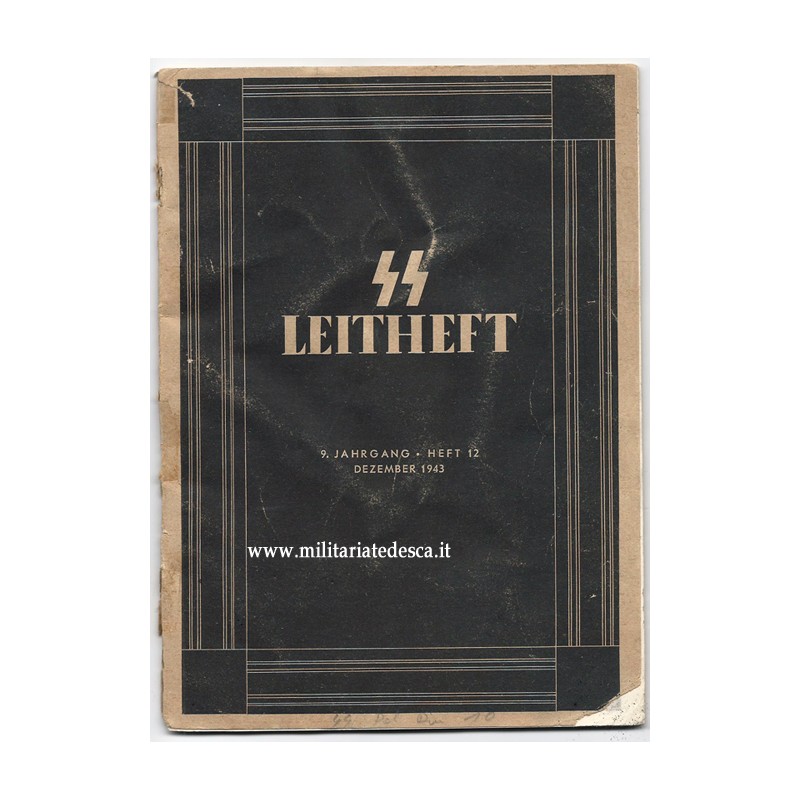 The SS-Leitheft was a periodical magazine published by the SS-Hauptamt, the main office of the Reichsführer-SS Heinrich Himmler, from 1934 to 1945. It encapsulated much of Himmler's vision for the SS and how it should be presented and seen by members and by others. Often referred to as the "Leadership" magazine, the SS-Leitheft was designed to teach (and preach) National Socialist ideology and NS lifestyle to members of the SS. Many issues focused on racial politics, blood lines, Aryanism and the importance of racial purity.

The whole visual look of these rare magazines was to enforce and enhance the SS ascetic and elite style. The typography, use of runic and Nordic symbols, photography and illustration was all geared to push the SS ideology and Nazism in its purist form.

The book shows usage, overall condition is acceptable, pages are detached but it is complete (please see pictures).

The SS-Leitheft is a scarce publication; this number, shows on the cover the SS runes.