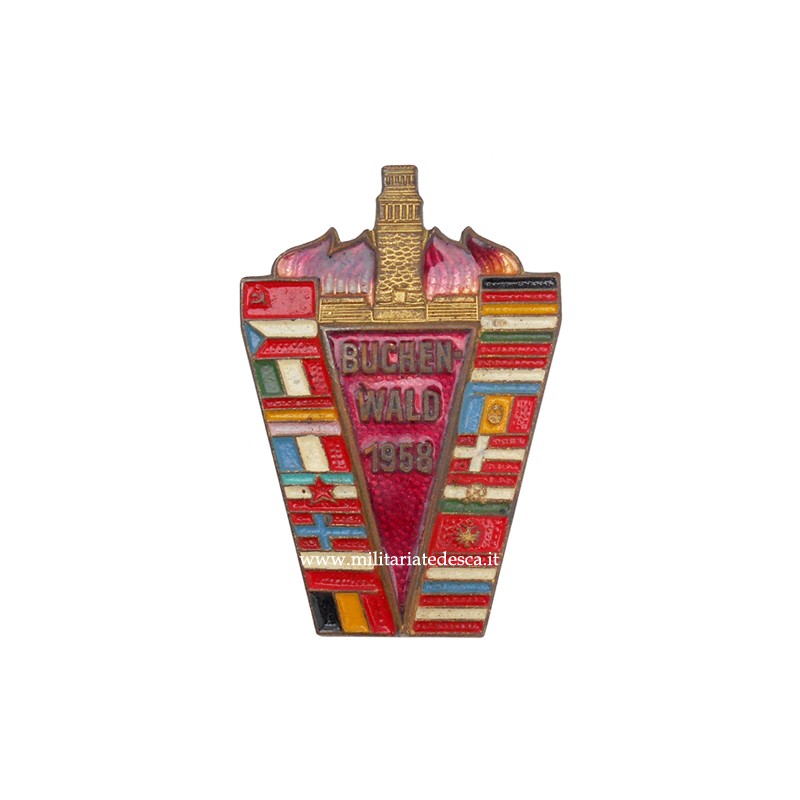 Commemorative pin issued to award former inmates of Buchenwald concentration camp, by the GDR (German Democratic Republic / East Germany) in 1958 to celebrate the memorial Bell Tower built on the site (in 1958) by East Germany. The pin shows the tower on the top and the flags of the eighteen countries whose citizens were imprisoned and killed there during the Holocaust.

Enamel and varnish are 100% still present.

This is the first type produced, not the second and third pattern produced later (1969 for 25th anniversary or the one without date).

Pin on the back side perfectly works.