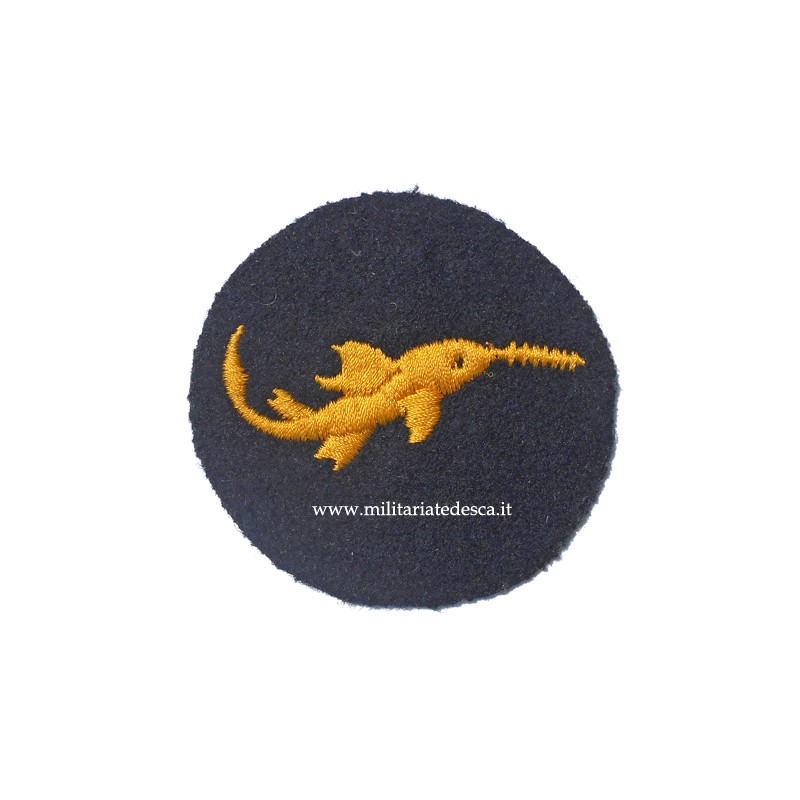 Cloth badge is 68 mm in diameter and it is in mint condition. Unused and unworn specimen.

The K-Verband was a Kriegsmarine Unit that operated midget submarines and explosive speedboats that operated between April 1944 and April 1945. The midget submarines were usually one to two-man submarines, while the explosive speed boats were operated in units of three with two boats carrying 660-800 lbs of explosives, and a third tasked with remotely controlling them during their final attack run. The proficiency badge was awarded to voluntary military personnel, independent K-Verband units, or military personnel ordered to participate in special missions.