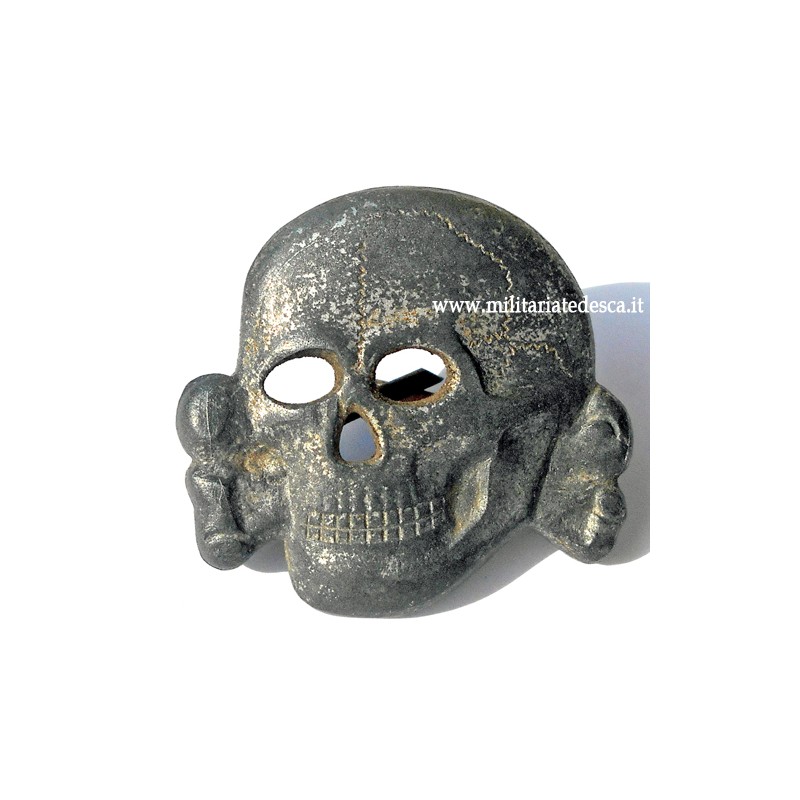 A nice SS Cap Skull, in good condition, made by the maker Overhoff of Ludenscheid.

The skull is made out of zinc. Zinc base metal was used for SS cap insignia mostly during the war years. Some of the original silver finish is still visible.

The prongs are securely crimped in place, and then soldered, as usually seen on Overhoff made SS Cap Skulls. The prongs are made of Tombak (Brass), and exhibit both the maker's RZM code of "M1/24", as well as the characteristic three dashes on the pin itself. It is unknown what caused these dashes, but it is a common trait on most Overhoff produced metal insignia prongs.

The reverse of the skull also shows the maker mark "M1/24", a well as the RZM Logo in raised relief.

This is a nice, complete, SS Cap Skull which are getting always harder to find.