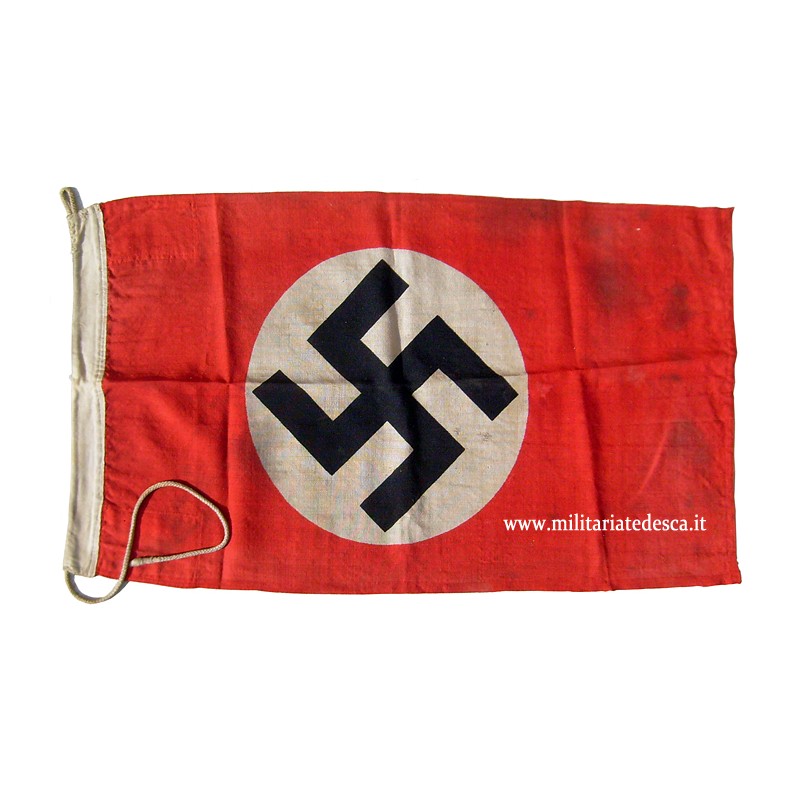 This is a not common flag, that was used from the Kriegsmarine.

Usually this type of flag, without markings, was in fact destined for other uses, even if it was not rare, during the war, to see war ships, including the U-Boats, carrying flags like this. This type of flag was in fact called "Gösch", which indicates the naval flag.
This one measures 50 x 85 cm, as can be seen from the stamps; there is also printed the word "Gösch", indicating the use.

Good condition, amazing patina. The flag has certainly been used.

The COA for this flag is already made.