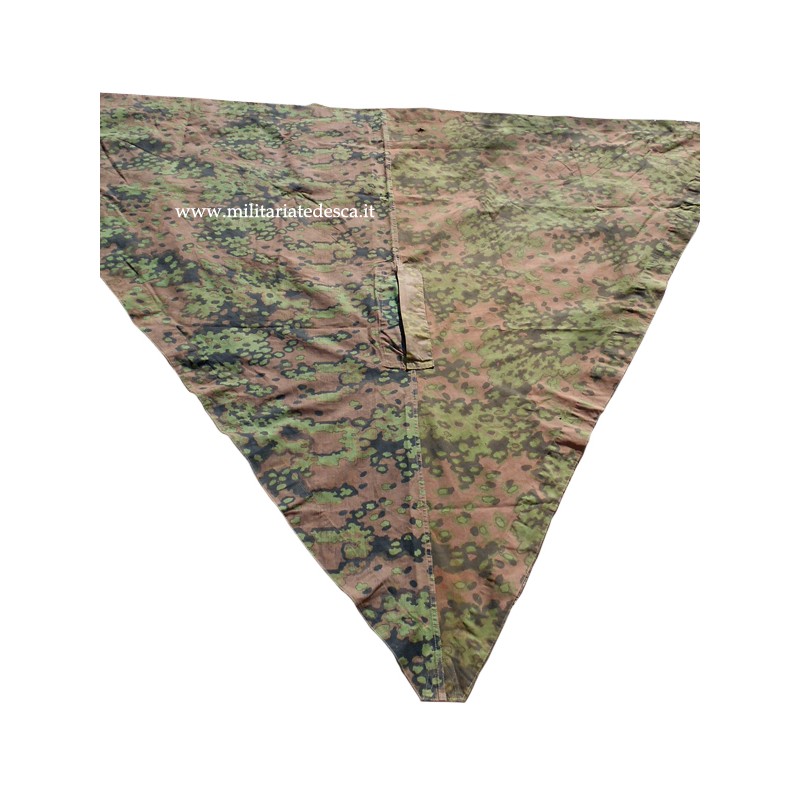 This Zeltbahn shows some usage, and a couple of small holes. It doesn't have the metal grommets, buttons and button holes. It has the slot for head to go through only. Most likely this kind of Zeltbahns were issued this way to be worn as a camouflage garment only and not as a shelter quarter. Furthermore the later the war progressed, the poorer the quality of the materials themselves, as well as the construction of items. The metals used in zelt grommets and buttons were needed in other areas of manufacturing, not related to zelt manufacturing. Also, by late war, the idea of using a zeltbahn for its original primary use (shelter/bivouac), became clearly pointless, as the battlefield was far too fluid, allowing very little, if any, time for either. It would seem that the primary use of the zeltbahn by late war was it's camouflage effect.