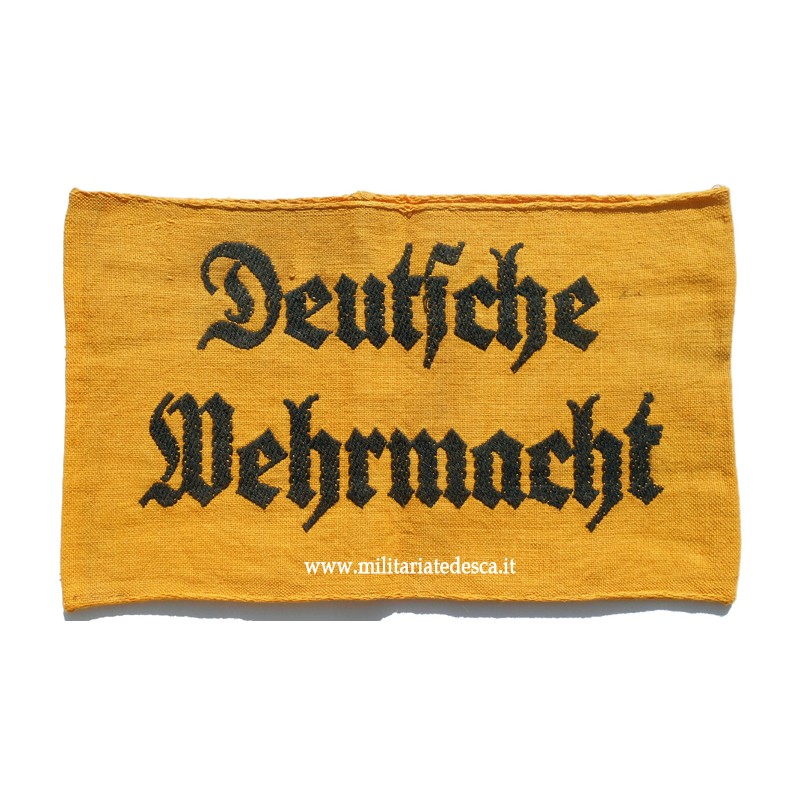 The "Deutsche Wehrmacht" armband was one of the armbands introduced with the Army Mobilization Order of March 12TH 1937 and was designed for wear by non-uniformed personnel serving with the Armed Forces. Of Note: New regulations of October 1st, 1941 restricted wear of this armband to non-uniformed non-combatant personnel.

Roughly, 10.5cm tall, 36cm long, woven, yellow cotton construction armband with machine woven, black, Gothic script in two lines to the obverse, "Deutsche Wehrmacht", (German Armed Forces). The top and bottom edges of the armband have interwoven rows of reinforcement stitching and the reverse of the armband has a machine stitched, vertical seam.