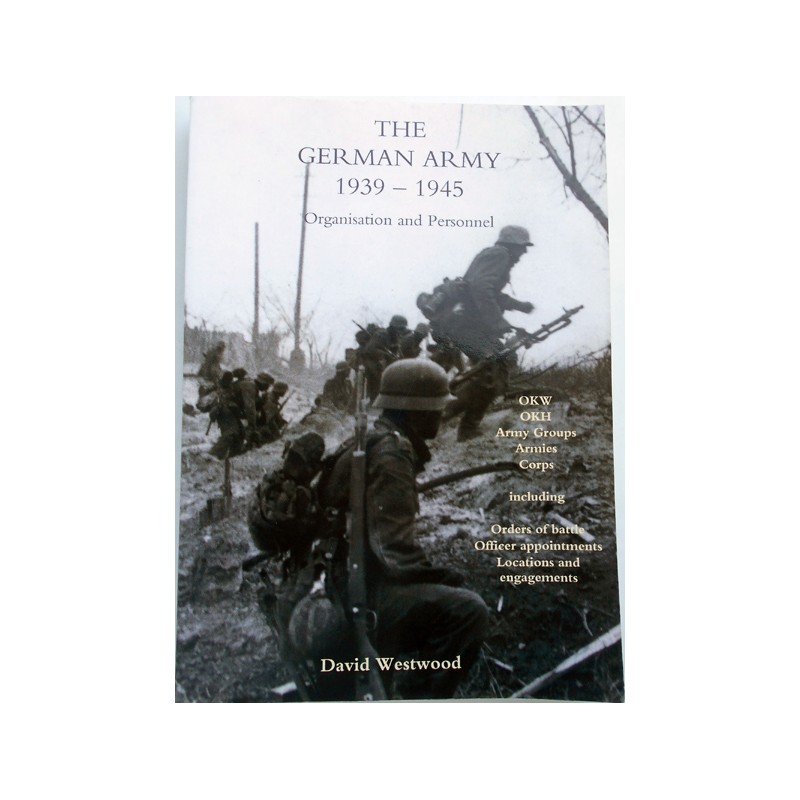 THE GERMAN ARMY 1939-1945 Organisatione and Personnel

This study of the German Army by David Westwood, is the result of many years research into the higher formations of the German Army in the Second World War. It begins by looking at the High Command itself, and includes a critique of Hitler’s methods of dealing with his senior military commanders. It then examines the Army High Command and the Reserve Army.'It goes on to look at the Army Groups, Armies and Corps of the German Army, and gives, in all cases, details of commanders, superior commands and subordinate formations, together with their locations throughout the war.

Every command is shown in enough detail to be able to create an Order of Battle right through the war.'The book also contains details of the German reserve army, and the Corps which were tasked with providing the front line replacements.

There are also details of Artillery Commands, Fortress Commands, Rear Area Commands and a special section on the Waffen SS.'In all the book provides a base which all serious students of the Second World War, and the German Army, can develop as they wish.

No other single publication contains the wealth of information available in this publication.