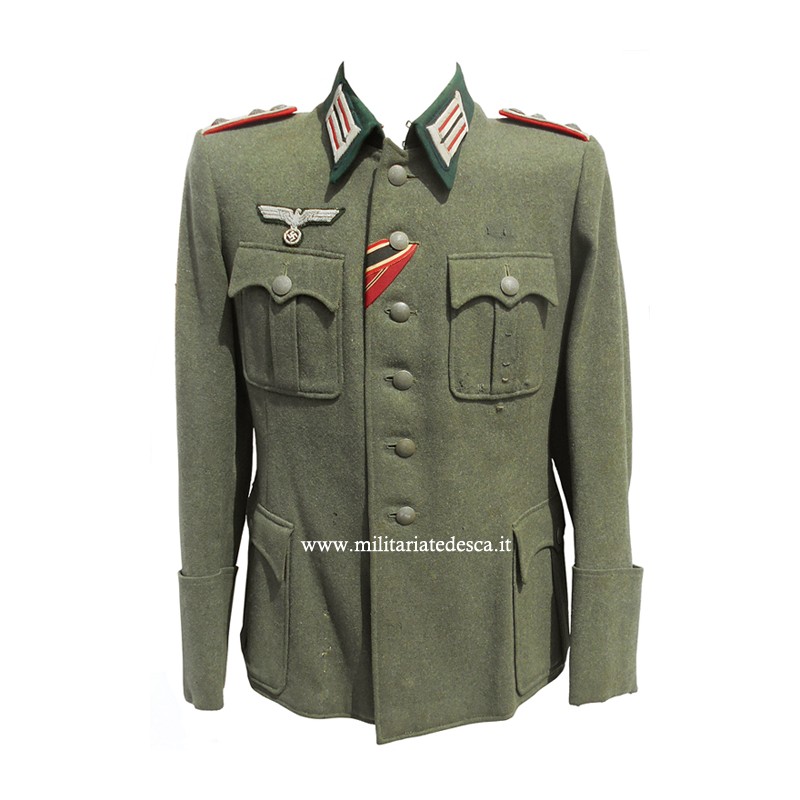 Rare, untouched, officer uniform, belonged to an artillery Haupman of the "ROA" (Russkaja osvoboditel'naja armija), or the Russian Liberation Army, composed by voluntary Russian units that fought alongside Nazi Germany (then these units became the 600th motorized infantry division, under Bunyachenko's command, and the 650th mechanized division, under General Zveryev's command).
The jacket, comes from a find made in Piovene Rocchette (north Italy) several decades ago (many East Units were used in north Italy, especially for anti-partisan operations).

It is a private tailoring tunic, in good condition, the general patina is amazing, with signs of use and some small moth holes, and is complete in all its parts.

On the sleeve there is the Bevo "POA" shield machine stitched, the sewing is under the inner lining (and then sewn before the lining and the jacket were put together).

An exceptional uniform in every aspect, a rare piece to be found untouched, which belonged to an officer of one of the most particular units of the Wehrmacht.

A nice and uncommon piece of history.