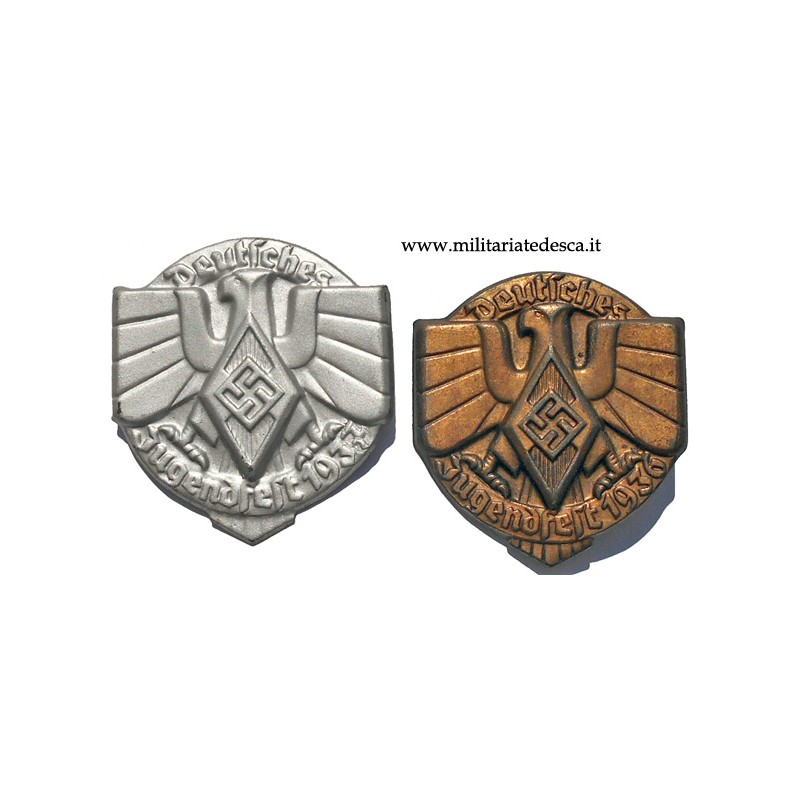 This is a nice set of 2 Hitler-Jugend "Deutsches Jugendfest 1936" and "1937" Tinnies (Youth Sport-Festival Badge). From the end of 1934 Hitler Youth Sports Festivals were held throughout Germany. Originally called a "Jugendfest", after 1937 they came to be known as "Reichsportwettkampf". The pieces comes on its original pin/catch construction.

Both are very nice examples in very good condition!