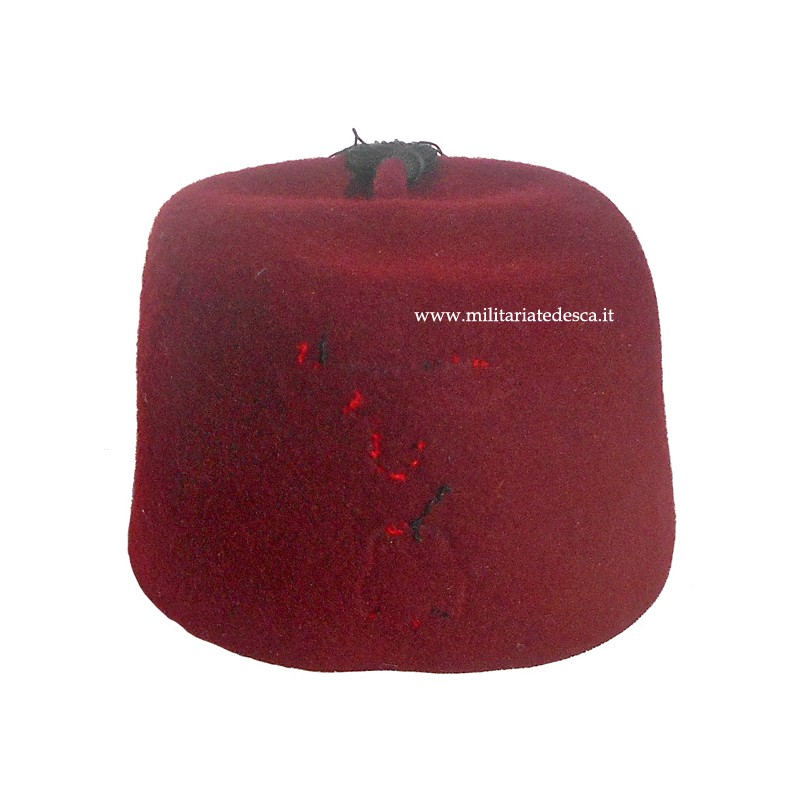 This fez was used by Bosnian Muslims that fought in the 13.Waffen-Gebirgs-Division der SS “Handschar” (kroat. Nr.1). The fez was authorized for wear by Reichsführer-SS Heinrich Himmler for all ethnic divisional personnel.

The fez features a two piece tassel to the top center of the crown. The tassel has a short piece of maroon felt inserted and stitched into the center of the crown with the correct, black, multi-strand, silk type material tassel sewn to the top. The front center of the fez features the outline of where the SS insignia were machine stitched to the cap. Unfortunately the SS Eagle and Skull were removed at some point. The unlined interior has a leather sweatband machine stitched to the bottom edge.

Under the sweatband you can read the name of the owner, Ronald Carson, that got it on July 21, 1945 from his uncle in Germany.

A very nice one you can complete adding the proper insigna.