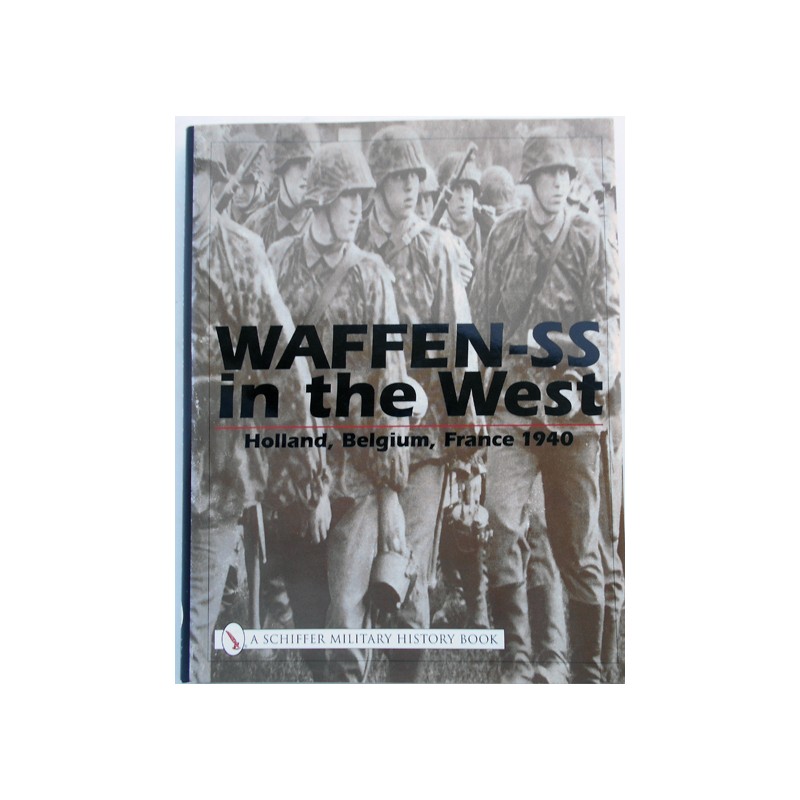 The sought after original SS publication "Waffen-SS im Western" is available here for the first time. Translated into English and carefully reproduced, this rare SS book photographically documents the Waffen-SS campaigns in Holland, Belgium, and France during 1940. The photos were taken by SS war correspondents and vividly illustrate the early SS combat troops as they conquered Western Europe.

A clear concise history showing wartime footage, including uniforms, insignia, headgear, weapons and more. This book has often been regarded as one of the best publications ever printed by the Nazi regime on the Waffen-SS. It is a highly valuable photographic study for military historians and collectors alike.