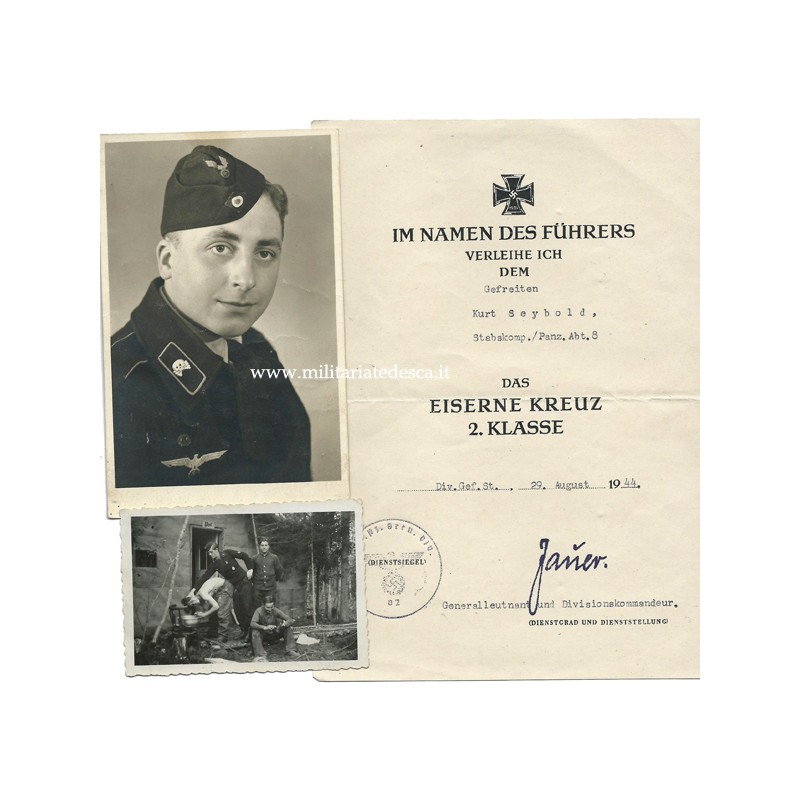 Great lot consisting of a document for the conferment of the Iron Cross 2nd class and two photographs of Kurt Seybold, one of which made in studio (portrait) wearing a tanker uniform and a side cap, and a second one in company of fellow soldiers.
The document was field filled, where the cross was awarded to the Gefreiten Seybold, who was serving under the Panzer Abteilung 8, a panzer battalion which at the time was under the direct command of the 20 Panzegrenadier Division. The EK2 was awarded to him for acts of courage on the battlefield during the fighting on the source of the east, where the division fought in the north of Ukraine, in the area of Baranow, Weichsel.

The certificate presents the tampon signature of Generalleutnant Georg Jauer (25 June 1896 - 5 August 1971) as commander of the 20 Panzergrenadier Division, who was a recipient of the knight cross with oak leaves.
Kurt Seybold perhaps died at the end of the war, fighting on the eastern front, in the area of the Vistula loop, this information comes from the Volksbund site where his name is present on the list of the fallen soldiers.

A lot full of history that deserves to be better explored.